I believe I’m still rambling bout Japan. OH yeah, itinerary 3 glorious weeks 3 cities for research 1 fabulous stopover.
TOKYO: always my fave big world city b/c it’s peaceful…well…in some places (parks, alleys, nitetime…) The people are eerily quiet in the subway..NO TALKING! I’d die if I were with my sisters but usually sadly I am often in TKYO alone visiting friends or researching so I just don’t talk to myself in the trains.. (I do that in the streets though!) I people watch..so fun. so different. Once I saw a kid really small with awesome hair..dyed and styled then I realized that his parents put him up to that! So yes he was cute but isn’t that a lil weird? Stylized kids at age 3-4? Yeahhhhh! I mean, no this is bad news! Everything is pristine in TKYO…where are the ugly people…oh that would be me, cuz I don’t care if my nail polish is chipped and my clothes certainly don’t match to a T and I wear colour dammit so obviously I ain’t from around there… :)))) I love that my ppl (VNese ppl) detest black. It’s my way too 🙂

Fun ppl watching cont. A man at 1am is smoking at the designated smoking spot in the street, not walking. Ciggies n walking is illegal there…if that were me in the middle of the night, screw it, I’m walking with my smoke so there! I’d probably be heavily fined though: I believe if you drink and drive in Japan it’s either $3000 or $30000 fine so ain’t nobody doing that@! Also if you work for Toyota and you do the double D, YOU ARE FIRED SUCKA! I realize that this series of blog entries is like shouting or crazy or random. This is what social life deprivation does to you: after grad school locked me in the library for two years, I foam at the mouth and want to PAR-TAY all year long! It’s slightly contagious so watch out….

OK back to academics: research project. Japan’s immigration policies..I know you probably don’t believe me but there is ethnic diversity in this country. NOT everyone is Japanese although that would be your first impression given that homegeneity and fitting in is highly prized. (I always succumb to the pressure and find myself trying to look cleaner and cuter when I’m there!) Yes, I said Iranians, Pakistanis, Thai, Chinese, and all those other Asians are living and working it out in Japan. And some Africans and LOTS OF BRAZILIANS AND OTHER Latin American folk. Yes, there is a considerable number of illegal migrants but this has to do with the immigration policies, not just the ppl’s faults!

Oh now I realize I can totally be geeky on my blog too: fun!

NYT on Japanese Brazilians: how I discovered them

But don’t worry I won’t post my whole paper on this…You mite die but I can do blurbs 🙂
So basically to study this population and their integration woes in Japan, one has to find them and that led me to Hamamatsu and Toyota cities: industrial towns with lots of factories and lots of jobs where you don’t have to speak Japanese…but they get the bottom-rung jobs…as migrant workers etc…AREN’T you GETTING EXCITED/SAD I am! Really one should not be “excited”…I just like looking at ways to help these ppl. 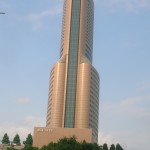 See an instrument? You should! 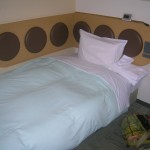 Brand-new hotel just opened b/c of my presence! Score! 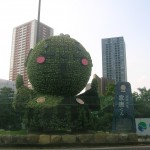 This entry mite go on forever…it can’t otherwise no one will read except Anita and Stanley and well, that’s still cool cuz I’ll read it later….

OK Maybe I can explain each city separately…later…zzzzzzzzzzzz…not really but I think I should try to sleep some b/c I am supposed to be at the library 2moro at 8ish…jah no wat i mean?!?

NOW: 2:17…so it takes time to blog fyi and I am typing fast like not thinking..verbal vomit continues. You can tell me it’s boring. I’m TOTALLY down with feedback!