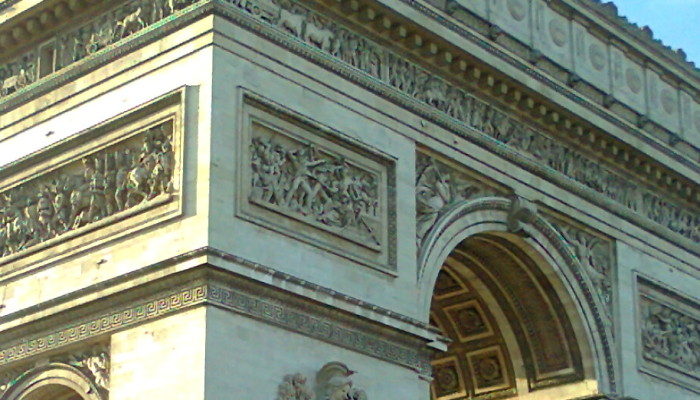 A reboot for the blog so why not a reboot for Twitter too? @freshgreen

Anyway I had to pick a picture and so I went into my archives and pulled this up: 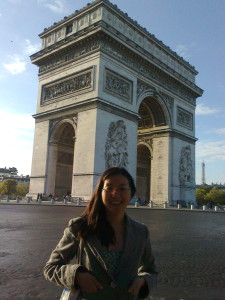 Now that I see this pic of me more, it has grown on me b/c well, it is REALLY hard and rare to get a pic at the Arc sans autos!!!!! In fact, this really doesn’t happen but it was early on a Sunday and oddly, even Paris semi-shuts down le dimanche. Normally, this ’round-about’ is the entry way for about 10 roads so it is a crazy place and one would have no chance to walk to the Arc on the street on foot. There are underground tunnels for tourists but on that morning, I RAN ACROSS THE EMPTY ROADS to the Arc. (I love jay-walking actually so that was a LIFE highlight for me 😛 LOL enjoy simple pleasures, I say 🙂

I’m not really sure why I went on an early morning stroll but luckily I did and the sun was shining.

A mother and daughter from New Zealand took this pic for me and we chatted pleasantly in the sun and silence for a bit….it was like 7:45am and then guess what happened? 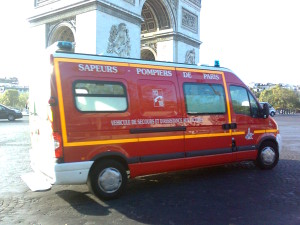 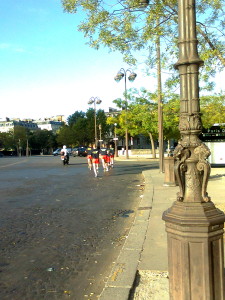 Now they ran way too fast and it is a bit creepy to take pics of ppl you don’t know in the street, but these were FRENCH, well, Parisian FIREMEN! Me and the Kiwi ladies just stopped talking and stared as they ran by en masse. As one could imagine, they were groomed, buffed, and in snug French fashionable firemen clothes!

And all the ladies collectively SIGHED 😛

Yup it was a good morning, indeed!