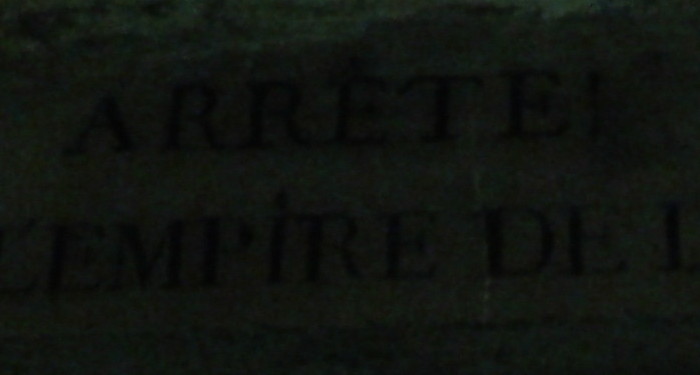 Above en francais, you have “STOP! Here is the beginning of the empire of death”…sure it sounds ominous but it is the sign that indicates the entry way to the section where bones from plagues and wars and Paris past now lay.

Yup it’s totally true: CATACOMBS are oddly very peaceful places.
One of the weirdest things I encountered in Paris when I lived there 10+ years ago was that I enjoyed visiting places where they honoured the dead.

noun
1.
Usually, catacombs. an underground cemetery, especially one consisting of tunnels and rooms with recesses dug out for coffins and tombs.
2.
the Catacombs, the subterranean burial chambers of the early Christians in and near Rome, Italy.
3.
an underground passageway, especially one full of twists and turns. 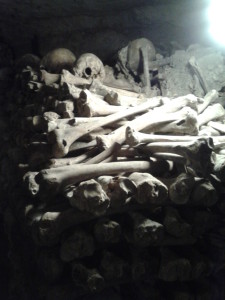 DEATH is celebrated/commemorated in different ways across cultures and families. It is very interesting to see and in some cultures, things are very sombre, while in others, tombstones and coffins are colourful.

I didn’t expect to like cemeteries and underground graves but seriously, I really do. AND I am not one who watches horror movies or likes gruesome things. So my conclusion is: these places kinda rock because they are actually PEACEFUL and tastefully respectful of the dead. 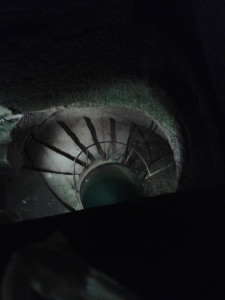 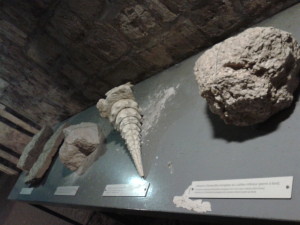 amazing discoveries down under 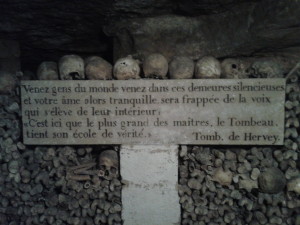 I can translate this if need be! 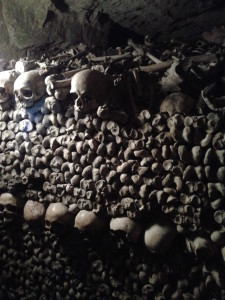 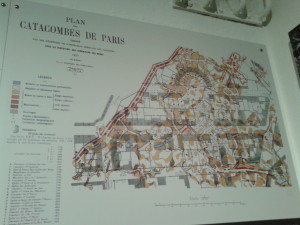 back in da day… 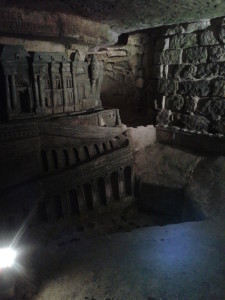 Can I convince you to visit les catacombes de Paris? Maybe not but they rank in the top 10 of Parisian tourist sites for a reason.

Above ground you can see how popular they are. Normally, Cathy does NOT do lineups! But it has been 10+ years since I was here last. In 2001, I went three times b/c I thought les catacombes were awesome. In 2009, I was thrwarted by the enormous lineup and so did not get a chance to go again. 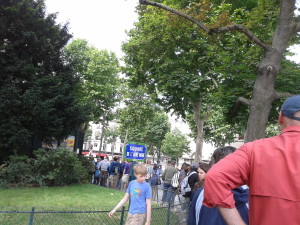 Wayyy too many ppl at 830 in the morning!

This time, I had to go THREE times before I was able to go there!

I was thinking by then, is this place worth it???
BUT then my heart and inner voice shouted OF COURSE IT IS, CATHY!

It took so long that I befriend the ppl beside me in the line and I was also able to get a nice breakfast from Chez Paul, my fave French chain of boulangerie since we had to wait quite awhile. 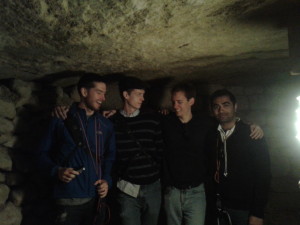 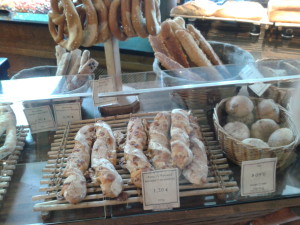 AND WHY YES, IT WAS ABSOLUTELY WORTH IT!
AND I’LL MOST DEF GO AGAIN NEXT TIME I’M IN PARIS 🙂