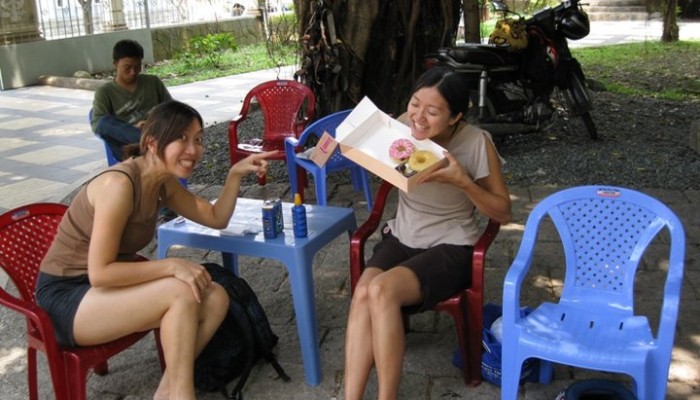 I was wearing a dress I bot in VN last night and it brought back some good ol’ memories.

Q: where did you get that dress?
A: Actually, it was so funny b/c the shop was located near my old office in Saigon / HCMC….

In 2010 I used to work at the Habitat for Humanity office in Saigon and it was really fun to go to this office for a couple reasons. (Apparently the office has now moved location!!!)

1. It was totally close to my house, like 10mins on motorbike. LOVE u lil Cathy, aka my Honda scooter 😛
2. It was comfortable.
3. There were always delicious street food options right outside…we were in District 1 of the city where basically all to good stuff is located in terms of convenience.
4. The colleagues became my friends 🙂
5. I could use my English and my VNese as an impromptu interpreter….ehhhh sometimes 😛

OK so let’s take a stroll down the street why don’t we?

Firstly, the office was located at the end of a short alley (so not too scary) so to wander around, we really had to walk outside of the alley to really see anything…Inside, it’s just other houses and offices.

1. THE PARK ACROSS THE STREET. Google refreshes my brain and tells me its name: Le Van Tam Park near the main crossroad of VO THI SAU street and HA BA TRUNG street. Now this was the place if we wanted sweet n sour marinated fruits like watermelon with spicy chilli salt for dipping or ‘trai coc’ which Google tells me is Spondias_dulcis in English…ok sure 😛 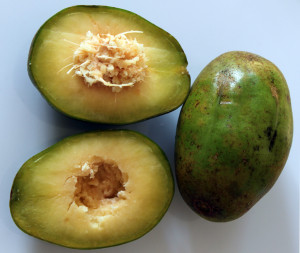 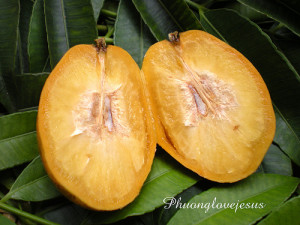 Anyway, those are really delicious and I have had them in Canada b/c but obvs it’s a tropical fruit and one that was not super abundant in VN so I’d eat it up whenever I found some.

The park also had the usual: people walking in pyjamas, people doing exercise, random noisy kids hanging out, balloon sellers, motorbikes IN the park (yup!), lovers caressing each other in the daylight, away from their parents I think 😛

2. THE AMERICAN DONUT SHOP, on Ha Ba Trung!!!!! NOW this was just about the best thing ever. I only worked at Habitat for a few months but in that time, brilliant Korean business people opened an American-style donut shop and man they were so good! NOW you don’t understand but I LOVE DONUTS and after 3 years without them in VN, I was cuckcoo for yeasty donuts that tasted like deep-fried awesomeness!!!!

And at less than a dollar each, I was buying BOXES for my colleagues to share the choco, nutty, oozy icing goodness!

3. THE HIGH-END PARISIAN FASHION SHOP! My awesome friend E.L. has a brilliant eye for style and design. Now here’s the thing, as we were gorging on donuts on our daily/weekly donut trips, directly across the very busy street, there were a catchy window display with some really gorgeous clothes on the mannequins.

So one day we strolled in and hit the fashion jackpot! The gorgeous designer was a young Vietnamese woman who had recently come back from Paris where she studied and just finished up her first fashion show. She then decided to return to VN to set up shop. So it was Parisian design, Parisian & VNese fabrics and VNese skill and labour costs. WOOHOO a bargain indeed so we just shopped and shopped but didn’t break the bank.

I really scored on this outfit: LANVIN fabrics and shautung silk, one of my personal faves for its sheen. And such a creative design. LOVE THE COLLAR! 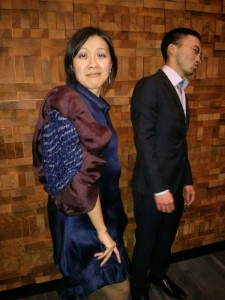 So basically, I went to work in a non-profit office but ended up having the BEST lunches and snacks and found some fun clothes while I was at it 😛